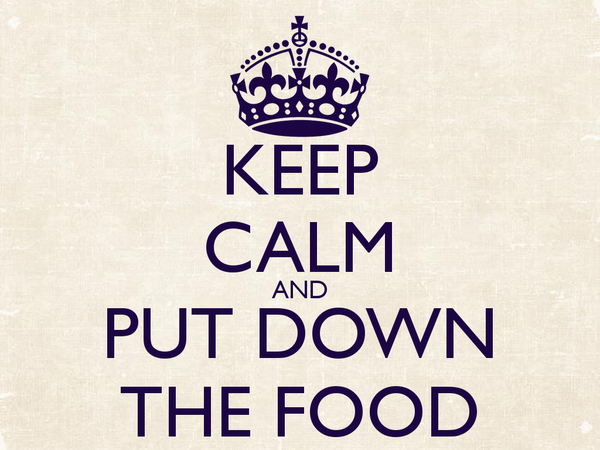 The last three weeks have been pretty intensive in terms of becoming teachable. My ego and my crazy compulsive overeater’s brain have been telling me crazy shit for a long time. I went to an all day OA workshop on the 19th that annoyed me (maybe because I didn’t want to hear or wasn’t ready to hear what was being said). I had a lot of emotional moments where I would start to cry at something that was said. I took a ton of notes. I could feel some of my resistance to the program starting to break down.

The day after the workshop, I woke up with a kidney stone and/or a UTI that sent me to the hospital emergency room. I was worn out and exhausted when I came home and my lovely husband and son waited on me and pampered me all day. I stayed on track eating-wise until about 9:30 Sunday night. I should have been in bed, but instead I was watching TV.

Suddenly I thought “I’ve had a hard day. I’m sick. I’m in pain. I deserve some ice cream.” The deed followed the thought with barely an instant’s delay. Not even a minute later I was cozied up in my chair again and the first bite was melting on my tongue.

Then the speaker’s voice from Saturday came into my head.

“Put the food down.”

He kept saying that ALL DAY. As if that was possible. As if I could do that. It made me angry. If I could put the food down, I wouldn’t be going to OA. I took the second bite, purely out of defiance.

“Put the food DOWN.” It was louder this time. I hesitated, briefly, as I took the third bite.

“PUT THE FOOD DOWN!” Now it was like thunder inside my head. I wanted to. I really did. But my diseased brain was fighting my willpower. Part of me knew, KNEW that I was going to lose and I was going to eat the whole carton. That I would sit up late into the night and watch tv and eat everything in the house that I could find. That I would wake up from my food coma tomorrow morning and despise myself.

I could feel the tears starting. I spooned up the fourth bite.

And then something miraculous happened. I closed my eyes and I remembered something else he said. “You are powerless over food. Not HELPLESS.”

I put the food down.

I washed out my mouth and got some water. I turned out the lights and I went upstairs to bed.

If you have never struggled with compulsive over eating, you probably don’t realize it, but that was the moment that it became possible for my life to change.

One thought on “PUT THE FOOD DOWN”