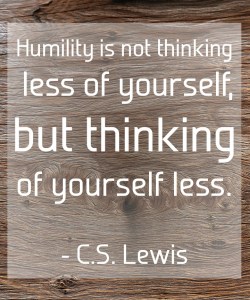 I was comforted to learn that it is not unusual for people to come to OA and be scared away by the “God thing”. I have never had a problem with God, just religions which dictate what that is supposed to mean. I used that as an excuse to walk away. When I came back, maybe twenty years later, that was the biggest obstacle for me. I was ready to brazen it out and pretend, if that was what it took.

What I found was that I had it all wrong. OA doesn’t care if you believe in God or not, or that you belong to any religion.  The phrase “God, as I understand him” is now prominent in all the literature. What a relief! What that emphasizes is that compulsive over eating, like a lot of addictions, is an emotional disease with physical symptoms and a spiritual cure. They don’t care if your idea of God is a doorpost or an omnipotent (but loving) deity.

It turns out that my own idea of God had changed many times in the last 50+ years. It still isn’t something that would lead me to a church. Or temple, since we are Jewish.  We haven’t really gone to temple since my son was bar mitzvah’d last year. I think of myself as a social Jew. We light the candles, say the prayers and get out the good dishes for the high holidays.

What that gives me is a sense of connection to the other Jews across the planet. And that connection is what I believe in and forms the basis for my own spirituality. I feel my “higher power” when I reach out my empathy to feel what the people around me are feeling. When I am part of a group – from two to a thousand – all thinking about the same thing or doing the same thing. Saying the national anthem, praying, holding hands, singing a song – as long as I can get a sense that others are focused on the same thing that I am focused on, then I feel connected.

When I was young, that sense of empathy was too painful and I shut it down. For years I pretended that I didn’t feel anything – except anger. I refused to let myself cry – except in anger. I was big on anger. Anger felt powerful. Anger felt just. Anger felt strong.

But then, I worked a lot on feeling my emotions and dealing with them over the years. I’ve had some amazing therapists over the last 40 years and I’ve made a lot of progress, I just forgot to let myself have a spiritual life.

Despite that, I believe that God (as I understand him) has been working in my life anyway. My religious friends are all going “DUH!”.

How else can you explain the things that have happened in my life? Not the bad ones, the amazing ones.  As I work on Step 4, I’m also going to work on making a list of all the ways that being part of the spiritual universe (I really gotta work on my phrasing.)

So, for all my 12 step buddies out there, here you go: I have come to to believe that a Power greater than myself can restore me to sanity. For me, this just means I can’t do it alone (I have 50+ years of clear proof) but I think that help is available. Some way, some where, some how.